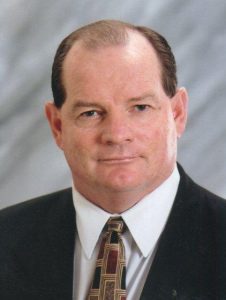 As the Lead Advance Agent, Mr. Williams was responsible for all advance security plans and logistics coordination for Presidential, Vice-Presidential, and foreign heads-of-state visits to Los Angeles, personally protecting Presidents Ford, Reagan, Bush, and Clinton, as well as such noted dignitaries as Queen Elizabeth, Yitzhak Shamir, and Pope John Paul. Williams was the recipient of numerous awards including the United States Secret Service Director’s Award for Special Achievement on eight occasions.

In 1994, his focus turned toward private security and he formed what would become the first of the Talon Companies, Talon Executive Services, Inc., a private security consulting firm that combined best practices of private sector security with USSS protection protocols.

In the wake of 9/11, Talon was called upon to conduct Risk & Vulnerability Assessments to critical infrastructures such as water districts and transportation authorities, resulting in a specialized branch of security now handled by Secure Strategies International, LLC. As a Talon company, Secure Strategies has access to all the resources of Talon while specializing on projects that require top-secret security clearance.

As the evolution of security assessments and protection continued, the need to blend physical security with IT security became increasingly evident. As new protocols were developed and this blend of security more clearly defined, Talon Cyber Tec, LLC was created to oversee specific projects.

Because of his expertise in the field of anti-terrorism, Mr. Williams was asked by the California Gubernatorial delegation in 2002, to meet with Tom Ridge regarding homeland security. His association with AFAUSSS (Association of Former Agents of the United States Secret Service), ASIS (American Society of Industry Security), ATAP (Association of Threat Assessment Professionals) American Water Works Association (AWWA) Association of California Water Agencies (ACWA) to name a few, keeps him abreast of all matters involving security and threat assessment. He is also an active member of the FBI’s InfraGard program, U.S. State Department Overseas Advisory Council (OSAC) and OCPST (Orange County Private Sector Terrorist Response).

Mr. Williams frequently appears on Fox News Channel as well as other national shows as a security analyst and terrorism expert. He was also the keynote speaker at the 1999 Alabama Governor’s Conference on Violence in the Workplace Prevention, has made presentations to the California Association of Water Agencies which included a White Paper, and continues to educate organizations on various security issues through specialized seminars and training.