In only its second year competing in the Collegiate Cyber Defense Competition (CCDC), UCI advanced to the Western Regional Championship (WRCCDC), which will be held March 1-2. The UCI team, led by senior Orbel Golanians, placed fourth out of 21 teams at the WRCCDC qualifier, earning the top spot of the UC schools competing.

The cybersecurity threat could come to resemble the Dunkirk evacuation of World War II, suggested Bryan Cunningham, executive director of the Cybersecurity Policy and Research Institute at the University of California, Irvine. … “If there’s a significant cyber conflict, a ‘Cyber World War’ if you will — we’re going to be in that same situation [as Dunkirk],” Mr Cunningham told the ABC. At least in the beginning stages of an online conflict, he suggested, it will be civilians and civilian infrastructure under attack and by necessity it will be civilians that defend it.

Read the full story at the ABC.

CPRI Receives $1.4M Gift for Securing the Seams of the Internet of Everything

The Herman P. & Sophia Taubman Foundation has provided a generous gift of $1.4 million to UCI’s Cybersecurity Policy & Research Institute (CPRI), led by Executive Director Bryan Cunningham. Founded in the 1960s by the six children of Herman and Sophia Taubman, the foundation aims to promote the advancement of scientific research, higher education and community philanthropy. Six Taubman cousins manage the foundation, including attorney Perry Taubman, currently a visiting scholar at UC San Diego researching autonomous agents for medical diagnosis and insurance coding. Taubman and his cousins understand the crucial need for research focused on cybersecurity and the emerging Internet of Everything (IoE) — that is, the interaction between the traditional internet and the hundreds of millions of connected Internet of Things (IoT) devices.

C-SPAN: “Election Hacking and the Future of Politics”

James Carville, campaign strategist for former President Bill Clinton, was the keynote speaker at a conference on U.S. election hacking. He discussed foreign interference in U.S. elections and the impact on the future of politics. Cybersecurity expert Bryan Cunningham, a former senior CIA officer and White House lawyer, moderated the conversation and questions from students.

Watch the video at c-span.org.

Read the full story at The Los Angeles Times.

“Cyber Risk Insurance: How to Live With It Because You Can No Longer Live Without It” March 20, 2018

In 2017, costs linked to just ransomware attacks worldwide were estimated to exceed $5 Billion, up from $325 Million in 2015. Cyber attacks are a dangerous growth industry and none are immune from risk. Defending against an attack is necessary, but is imprecise, uncertain, and rarely sufficient to stave off liabilities. Insuring against loss from an attack is now a necessary safeguard. We are all targets.

END_OF_DOCUMENT_TOKEN_TO_BE_REPLACED

“Can Adversaries Hack Our Elections? Can We Stop Them?” March 13, 2018 at UCI Student Center’s Crystal Cove Auditorium 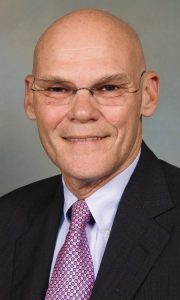 Panels on the Technology, Law, & Policy of Election Hacking &
A Realistic Assessment of the Threat by Senior US Intelligence & National Security Officials

END_OF_DOCUMENT_TOKEN_TO_BE_REPLACED

The academic and research communities need to create and evaluate more multidisciplinary and data science-driven approaches to provably identifying cyberattacks. For instance, UC Irvine’s Cybersecurity Policy & Research Institute is beginning to address both of those challenges.

The University of California-Irvine held a recent conference devoted to blockchain, a digital ledger technology that shows potential for reliably tracking titles to property; provenance of precious goods; ownership of art and intellectual property; and securing of supply chains for software and other critical areas.